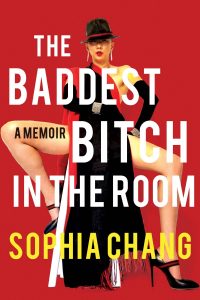 Sophia Chang is a force to be reckoned with. A soft-spoken French-lit major in college and the child of Korean immigrants raised in Vancouver, when she first heard “The Message” by Grandmaster Flash and the Furious Five everything changed. Taken by the mix of urgency, anger, and pride that was hip-hop in the 80s and 90s, Sophia rerouted her life to New York, quickly becoming a fixture in the music industry and hip-hop scene, and finding fast-family with the legendary Wu-Tang Clan.

Over the years, Chang would end up not just a member of the Wu-Tang family, but also manage a number of the group’s individual members, as well as other legends including A Tribe Called Quest, Raphael Saadiq, and D’Angelo. In 1995, she left the music business to train kung fu and manage a 34th Generation Shaolin monk, who would later become her partner and father of her two children, before returning to music. Now, after decades of being the force behind other amazing artists’ stories, she’s finally telling her own story in her breakout audiobook, The Baddest Bitch in the Room. We’re so excited to share this Best Of conversation with you today.