Food Was Taking Her down, So She Took It On: Vani Hari 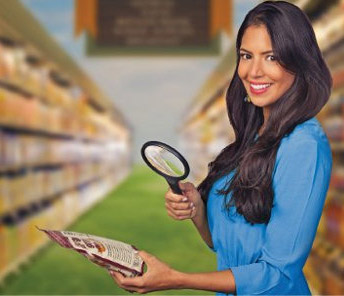 By her early 20s, Vani Hari was on 9 prescription medications.

Her body was falling apart, she had little energy, her skin was a mess and she was scheduled for a surgery.

Until she finally decided to make health her number one priority.

She realized quickly that what she put into her body was massively implicated in what her body was giving her back. So she became a food crusader and nursed herself backed to health.

But what Vani discovered about the food we’re eating, along the way, so shocked her, that she decided to take her crusade beyond a single person and mount a revolution. That launched her career as a food activist and led to the creation of the now massively popular FoodBabe.com.

With a global audience in the millions, Vani now appears regularly on network television and her campaigns to hold large corporations accountable have sparked real change. According to Vani: “The goal of food babe is to get people woken up BEFORE they get sick”

Join us in this week’s episode as we explore Vani’s incredibly powerful journey. And we see how, in a stunningly short period of time, one person, one voice really can make a huge difference.

You can watch the episode above or listen to the full GLP Radio audio version below. Be sure not to miss an episode, too, subscribe by email below or on SoundCloud or iTunes. With gratitude,