Simon Sinek: Serve Those Who Serve Others 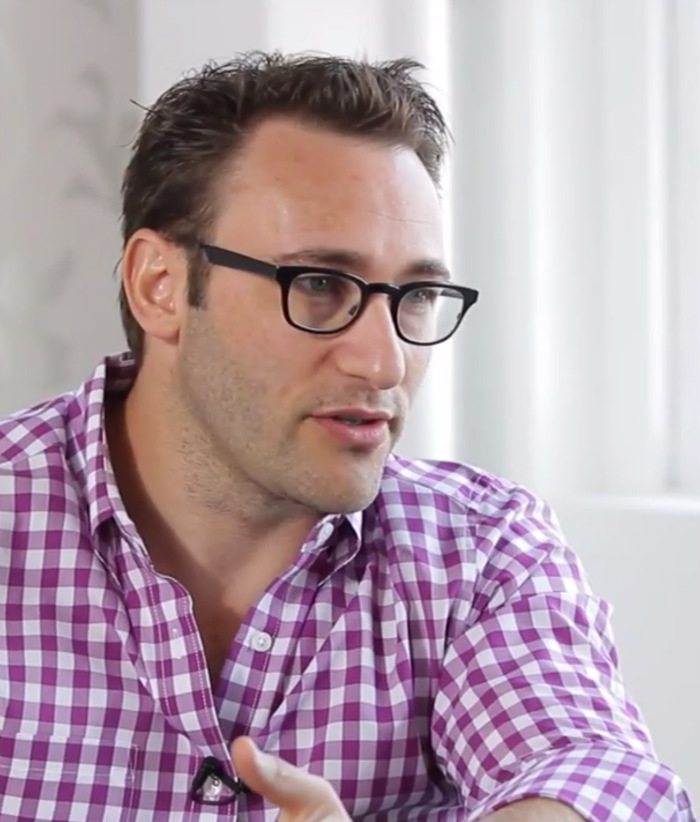 On September 17, 2009, Simon Sinek stepped onto a small stage for a local gathering…and proceeded to blow away the world.

The event was TEDx Puget Sound. He had no slides, no fancy presentation. Just an idea and an easel. For 18 minutes, he spoke about an awakening. Something he called “the golden circle,” and the need to know your “why.” The audience was captivated.

But that’s just the beginning…

The event was filmed and posted to Youtube 11 days later. So powerful was Simon’s presentation and idea that it was quickly pulled onto the main TED site. There it exploded into the world’s consciousness, becoming one of the most-watched TED talks of all-time with more than 12,000,000 views at last count. A book called Start With Why soon followed, becoming an instant hit.

Funny thing is, Simon doesn’t really care about all of that. What he does care about is the Idea. The opportunity to inspire people to wake up to the possibility in their own lives. The ability to serve from a deeper, more humble yet powerful place. And to act.

In this week’s episode, Simon and I explore his remarkable journey, his extraordinary lens on the world (though he’ll likely tell you it’s anything but) and his deep desire both inspire and to serve those who serve others.

Simon is also a master storyteller. As our conversation unfolds, he shares a stunningly powerful story about a trip to Afghanistan with the military that went bad, and how it became a flight he’ll remember for the rest of his life. By the time he was done, I was near tears and had trouble speaking, let alone continuing the conversation. Watch all the way through, it will be so worth the investment of time and energy.

Some quick quotes from the conversation:

“Great leaders see money as fuel, not a destination.”

“Serve those who serve others.”

“The human animal fundamentally hasn’t changed at all.”

“When I present, I cheat. I only talk about things I care about.”

“The role of leadership is to ensure the people inside your company feel so safe that they’re willing to sacrifice everything for each other and even the company knowing full well that the leader cares about them desperately.”

“The responsibility of the leader is to look after the sons and the daughters of the parents who have given us their children to help us build our companies with the same love and tenderness and care that their parents gave to them.”

Good Life Alert – When was the last time you felt lit-up, connected and on track to build a great living and life? Join Jonathan and his band of Good Life Mentors for 3 ½ days that will change everything and set your world on fire. Check out Camp GLP now.