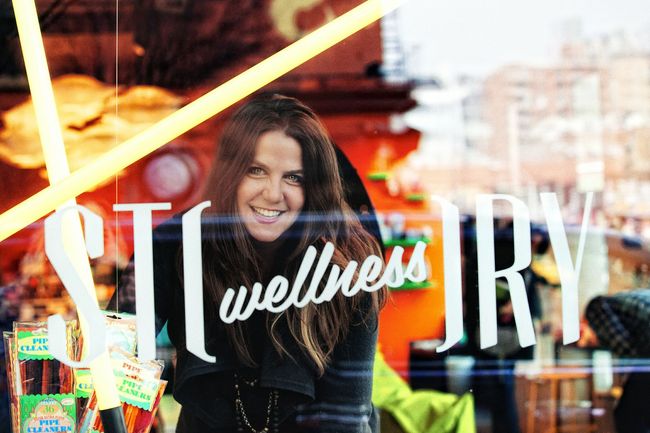 Named by Fast Company as one of the 100 most creative people in the world in 2012, Rachel Shechtman is a woman on fire.

The founder of a revolutionary retail concept in NYC called STORY, she’s simultaneously birthing an impossible dream while redefining the face of entrepreneurship, retail and media.

STORY is a 2,000 square foot storefront on 10th Avenue in NYC. But it’s not like any store you’ve even been in.

As Rachel shares, it “takes the point of view of a magazine, changes like a gallery and sells things like a store. That means every four to eight weeks, STORY completely reinvents itself – from merchandise and store design to floor plan and fixtures – to bring to light a new theme, trend, or issue.”

Yes, you read that right. They literally shut the place down every four to eight weeks and rebuild an entire new store.

If you’d tried to sell this to an investor before opening, most would have thought you were nuts. But last holiday season, STORY’s sales numbers rivaled those of the top retailers in the world on a per-square-foot basis.

More important, though, Rachel is having fun. It’s the bigger concept and challenge that really jazzes her. The ability to build something that revolutionizes on-the-ground retail, an industry that’s seen incremental change for generations, but been dusted by the massively disruptive evolution that’s gone on in the online world.

Rachel’s also discovered another passion along her STORY journey, the opportunity to discover new talents, tell their stories and help them launch their careers. Every month, they have “pitch nights” for creators, makers, crafters who vie to be “discovered” and included in an upcoming story at STORY. She’s helped launched the careers of so many artisans and makers over the short two year window that STORY has been in existence. That’s something that wasn’t part of the original plan, but it’s become one of the things that fills her up the most. And she also revels in the ability to bring people together around shared stories, conversations. That’s what lights her up, and pretty much everyone who comes in contact with her.

In this week’s episode we explore both the story of STORY and the story of Rachel. We trace her journey from little kid obsessed with finding new things to self-anointed brand consultant for the likes of Kraft, TOMS shoes and Lincoln. We dive into what it’s like to create something in the brick and mortar realm, where it takes serious investment, retail space, employees and inventory, a/k/a “big risk,” to make your vision a reality. And we also talk about the toll that can take on your life and how to bring things back to a place that’s a better blend of vitality, contribution and connection moving forward.

If you happen to be in NYC, be sure to head over to STORY and check out Rachel’s living, breathing world. Just be sure to get there before year’s end, they’ll be going dark in January for a big rebuild for their next story.

Be sure to enter your e-mail below to join the GLP tribe, never miss an episode and get instant access to the full Good Life Project mp3 audio vault.

Or, if you prefer, subscribe over on iTunes, or SoundCloud too!