Milton Glaser: Certainty Is A Closing Of The Mind 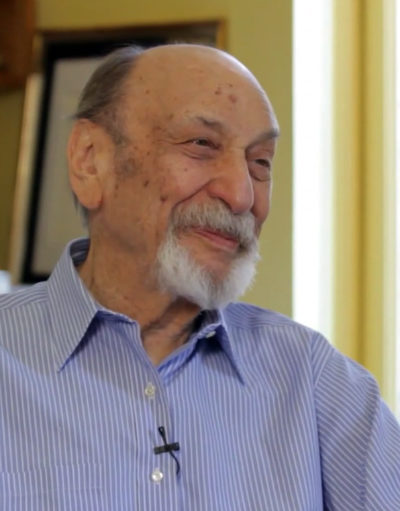 He didn’t know the “how” or the precise path. But he did know he had to create. To draw. To design. To make.

Eighty-four years into life, Glaser’s body of work is stunning in it’s breadth, depth and impact.

The famed I Heart NY logo? He did that. New York Magazine? Founded that. Iconic Dylan and Aretha posters. Glaser again. Brooklyn Brewery logo? That, too. And thousands of other works of art, posters, brands, products, packaging and more.

Glaser’s work has been seen everywhere from the halls of global industry to local pubs to the Museum of Modern Art and the Georges Pompidou Center. In 2004 he received the Cooper Hewitt National Design Museum lifetime achievement award.

I had the incredible opportunity to spend some time with Milton at his studio in NYC, where he was deep at work on a show that’ll premiere next year. We talked about his astonishing journey. The teacher who validated his choice of happiness over safety. What drives him to continue to create. How he chooses who and what to work on. The difference between the urge to make and the desire to create beauty. The role of formal art education and the different between calling and career.

We also had a fascinating conversation about the role of computers and technology in art and design. And how it’s affecting our ability to create. He has an unusual take. Glaser uses computers every day, but he never actually touches them. You”ll have to watch to understand. And so much more.

Glaser’s depth and generosity of thought left me not only re-examining my own choices, but yearning to reconnect with something that’s laid all too dormant for far too long. My own desire to make. Not just media, but actual stuff. To work with my hands and be able to step back and say, “yeah, I made that.”

A few of the many nuggets:

“When you do something that’s guaranteed to succeed, you’re closing the door to the possibility of discovery.”

“The computer is an apparently submissive servant that turns out to be a subversive that ultimately gains control of your mind.”

This is a conversation you’ll not only want to watch with pen and paper in hand, you’ll likely want to revisit more than once.

If you know anyone with a creative bone in their body or a desire to build that creativity into a vocation, share this conversation with them. It’s a game changer.

For instant access to the mp3 audio vault and for insider insights, please subscribe by email below. And you can always grab the podcast over at iTunes, too!