A Crushing Injury Ended His Career, But Kickstarted His Life 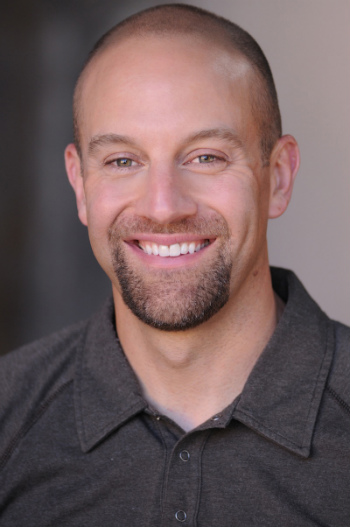 What if an injury destroyed not only your lifelong dream, but the way you defined yourself from the time you were 6 years old?

Coming out of high-school, Mike Robbins was drafted as a pitcher by the New York Yankees. It was his life-long dream to play pro-ball. But he said no and, instead, went to Stanford University.

Coming out of college, he was drafted by Kansas City, where he spent the next few years working his way up from the minors. He was waiting for his break break, his shot at stepping onto the mound as a major league pitcher. Until one fateful night, a single pitch shredded the ligaments in his elbow and ended his career.

For as long as he could remember, he was “Mike the baseball player.”  It was his anchor, especially growing up in a tumultuous home with a dad who was bipolar. Now, his dream and the very way he defined himself came crashing down. 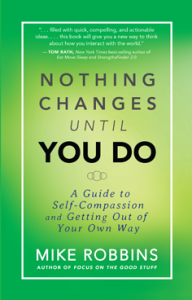 One one level, it was crushing. But in this struggle, he also found something that surprised him, a sense of relief. The expectation was gone. Replaced by the freedom to radically define who he was and the career he would build moving forward.

He discovered his story was much bigger and began to speak and write, crafting a new path as an author, keynote speaker and facilitator. Mike has since worked with some of the largest companies in the world. He shares much of his journey, along with a deep and personal exploration of compassion, in his new book, Nothing Changes Until You Do.

Be sure to subscribe by email (below) or on iTunes (over there on the right).