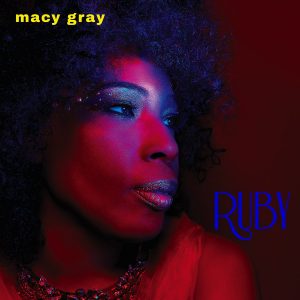 Macy Gray’s unmistakable rasp, soul, and powerful spirit established her as a 21st-century music icon with her triple-platinum album On How Life Is in 1999, featuring the generation-defining song “I Try.” She’s sold over 25 million albums, winning a GRAMMY, two BRITs, and collaborating with everyone from Ariana Grande to Galactic, and sold out venues in nearly every corner of the globe. Macy’s talents resound beyond music as well. She starred in Tyler Perry’s Black Reel Award-winning For Colored Girls and graced the screen everywhere from Brotherly Love and Cardboard Boxer to NETFLIX’s hit Fuller House, and made a legendary appearance in Training Day alongside Academy Award winner Denzel Washington. Now, her tenth full-length album, RUBY, reaffirms and reasserts that signature rarity millions continue to treasure. Channeling the spirit of the R&B and jazz closest to her heart, Gray made a leap forward by looking back to formative inspirations. In the end, RUBY represents Macy Gray at her most passionate, poetic, and powerful.