She Created the Like Button, But Comics Were Her Salvation 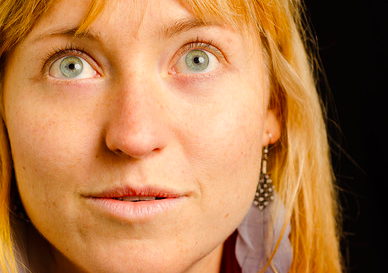 Actually, its original incarnation was the “awesome button,” but what’s more interesting is why she created it. And, what was going on in her life that led her to want it, both for herself and the millions of others flooding the platform.

Turns out, Leah was leading a double life. Publicly, she was a fiercely smart, driven technologist as the hottest startup in Silicon Valley. But, privately, she battled near-debilitating perfectionism that led to a decade of bulimia. On any given day, she’d move between helping to build a revolutionary company, and purging in the women’s room.

Until, one day, tragic news about her father, and the way she caught herself dealing with it, led everything to fall apart. She was forced to bring her dark side into the light and find a way through. And, from that emerged something she never saw coming. 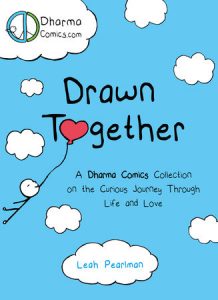 Having been a devout “art-atheist” her whole life, drawing became her salvation. She began to share her simple illustrations and they touched a nerve. Thousands of people began to share them. That led her down an entirely different path in her career and life. Many of her Dharma Comics have now been published in a book entitled Drawn Together, as an offering to help others find wisdom, hope and transformation in simple moments.

The 108: Conscious Business Collective -To build what you’re here to build, not just in business but in life, you need people. Nobody does it alone. The 108 is a conscious business collective of entrepreneurs helping each other rise. Move into 2017 with a powerful new family of allies, mentors, champions and collaborators as you work to build a living and a life on a profoundly different level. As of Feb 28th, we’ve only got about 25 spots remaining, before we close membership until 2018.