Kute Blackson: Redefining Your Own Path to Freedom

Born in Ghana, West Africa,Kute Blackson was the child of a Japanese mother and a Ghanaian father who was a legendary faith leader with some 300 churches across Ghana and a massive following in the U.K.

By his early teens, Kute was being groomed to rise up in his father’s church, but that would all change when Blackson rejected the path his father laid out for him and chose his own instead. 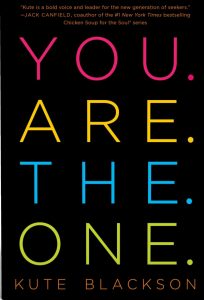 Estranged from both his father and his community, and feeling called to blaze his own path, Kute headed to the United States where he’d struggle on nearly every level and finally come to a place where his true hero’s journey would begin.

That process of stripping away, hitting rock-bottom and eventually mounting his own search led Kute to rediscover his path to freedom, and rebuild his life and living, becoming a respected voice in spirituality and consciousness on his own terms, in his own way. His story and philosophy are detailed in his recent book, You. Are. The. One.

The 108: Conscious Business Collective -To build what you’re here to build, not just in business but in life, you need people. Nobody does it alone. The 108 is a conscious business collective of entrepreneurs helping each other rise. Move into 2017 with a powerful new family of allies, mentors, champions and collaborators as you work to build a living and a life on a profoundly different level. As of March 6th, we’ve only got about 25 spots remaining, before we close membership until 2018.