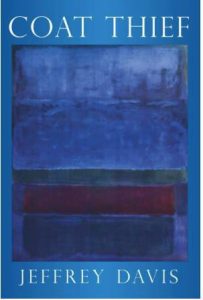 Today’s guest is obsessed with wonder. In fact, it’s his vocation.

Jeffery Davis is the founder of Tracking Wonder, where he explores how to reconnect with wonder and also help people tell their stories through books, businesses and beyond.

As a kid, he became concerned about paying attention to life and ensuring that he’d never loose his imagination. That led him to become a poet, a teacher, an author and then…everything fell apart.

He realized he’d been living entirely “from the neck up,” largely disembodied and disconnected from his heart. That awakening launched a years-long quest to rediscover a deeper, more soulful driver. It brought him back to wonder as a driving force in his life and eventually as his career.

He has taught his signature approaches to creativity, writing, and branding at numerous universities, conferences, and centers around the world. An author, speaker, and online columnist for Psychology Today, he is in dogged pursuit of what helps creatives thrive amidst constant challenge and change. He lives in a farmhouse in the Hudson Valley with his wife and two girls.

Maybe his biggest true driver, though, is to be the kind of adult whose life reveals to his daughters the grace and beauty and joy of a wonder that never ends.

His new book of poetry is Coat Thief.