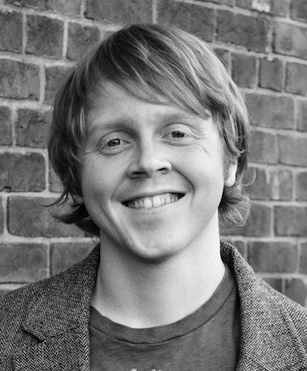 This is the launch of our first-ever “GLP Audio Originals” series—audio-only/podcast episodes.

We’ll be sharing more and more of these with you. Not to worry, they won’t be replacing our video conversations, but rather supplementing them.

As with all of our great conversations, you can enjoy this episode by either (1) clicking on the video above (it’s just an image, the audio will play in the background), (2) subscribing below and getting instant access to the mp3 vault to download the episode and take it on the go, or (3) downloading the podcast on iTunes (click on the little yellow smiley dude. FYI, iTunes takes an hour or so to post episodes, so if you arrive shortly after this post goes live, it may not have hit iTunes quite yet).

For much of his life, Jeff identified as a musician. That was his thing, traveling, playing and sharing faith-fueled music. Even moving to Nashville to make a serious go at it.

But something else, something buried deep inside, began to emerge…

It was a sort of dual awakening. One that showed him both the blessing that was his everyday “grind” and the possibility that music wasn’t his only creative outlet.

Jeff had been blogging and writing for years “on the side.” But had never thought of himself as a real writer. But a series of events led him to shift his understanding of what a writer is. And who gets to deem you worthy of the title. When he decided to step into the role of writer, and proclaim that title to the world, everything began to change.

Sharing his ideas, his journey and seeking to create genuine value, he began to build a global audience of people who self-identified as aspiring writers at an astonishing pace. There was a sense of alignment and service, transparency and gentleness that people were responding to. And one of the things he realized and shared out of the gate, was that you need to remove the word “aspiring” from the way you bring yourself to the world.

From this foundation and growing platform, Jeff penned his first book, Wrecked, about how in a single moment, we can experience something that, at once destroys us while opening a window to a new understanding of our world. And the possibility that exists all around us.

In his latest book, The In-Between, Jeff builds on the foundation laid in Wrecked to explore that moment we all experience, actually the many moments we experience every day on a fairly mindless level. And it challenges us to be more present. To embrace them as the best part of each day.

In this powerful conversation, Jeff takes us along his journey of discovery. He shares the critical moments that shook him to the core and led to sharp turns in both his career and life. We talk about how becoming a writer, and a husband and a dad change everything. We dive into the creative process and the way it interacts with life. And we explore how he integrates his deep faith into his voice, while also striving to create an experience that is accessible to all.

I’m so grateful to be able to share this first edition of GLP Audio Originals.

To get instant access to the mp3 Audio Vault and keep up to date with further episodes and all things GLP, subscribe below. Or if you prefer just subscribe on iTunes.