Jasmine Solano: On the Quest to Become a World-Class DJ 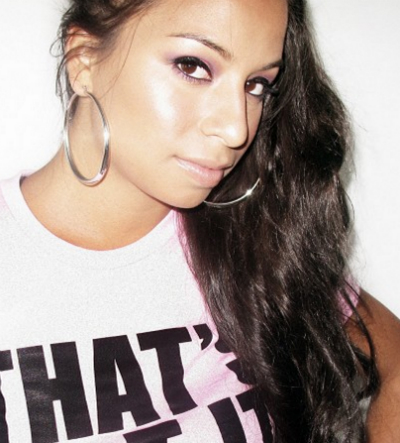 When most people think of DJs, they envision someone in a soundproof booth at a radio station or or someone who “backs” another act on stage. But, over the last few years, an elite crew of DJs have honed their craft on a level that’s propelled them to become their own leading acts. Appearing on stage not only behind, but side-by-side with major performers or even as solo-performers. Whipping massive crowds of thousands of people into a sea of transcendent, grooving humanity.

Enter DJ phenom, Jasmine Solano. By her mid-teens, Solano knew music would be a huge part of her life. But not in the ordinary way. Most people thinking about a career in music look at playing an instrument. Solano was drawn to a different outlet. Two turntables and a microphone.

Starting as a music activist at 17, she began DJing and organizing events that leveraged music as both a rally cry and a way to connect people. From there, she began to study the art and craft of DJing, deconstructing the greatest “turntablists” and becoming what she calls a “music anthropologist.”

Solano wanted to know not only the craft side of DJing, but also how to move large numbers of people, to be able to create transcendent experiences and also express her fierce creativity. And how to build a real, powerful business that allowed her to travel the world, work with amazing people and be in control of her own destiny.

In this in-depth conversation, Jasmine and I go deep into her journey, her motivations and inspiration, her connection with values, insanely hard work and craft and her absolute love of music and creativity.

And, as a special treat, in the last 5 minutes, we head over to the turntables and she shows us how the technology has evolved to include computers and “visual DJing,” while playing a bit of old-school 80s house music (which made this old 80s DJ happy, lol).

If you enjoy the episode, feel free to share it around using the social media buttons above. And if you’d love to take it on the road and get access to the entire GLP mp3 vault, go ahead and subscribe now.