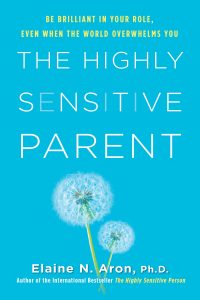 If you’ve ever heard the term, “highly sensitive person,” or even been called highly sensitive and maybe even recoiled a bit when that happen, you’ll be deeply moved by the work of today’s guest, Dr. Elaine Aron. She first identified high sensitivity as a distinct character trait more than 25 years ago, introducing the term “Highly Sensitive Person” to describe someone who is easily overwhelmed by strong sensory input, subtleties in environment and other people’s moods, and deeply feels pressures and overstimulation. Since its publication in 1995, her preeminent book on the subject, The Highly Sensitive Person, has gone on to become an international bestseller translated into 30 languages. She is also the author of The Highly Sensitive Parent, and many others.

Credited for first recognizing high sensitivity as an innate trait and pioneering the study of HSPs since 1990, she has established the Foundation for the Study of Highly Sensitive Persons and has published numerous scientific articles on sensitivity in the leading journals in her field.

Turns out, today’s conversation, was also personal, because in many ways, I am a highly sensitive person. But, I also discovered so much more about the way I move through the world, how this trait relates to introversion and extroversion – very surprising – and how you can be both highly sensitive, while also being high-sensation, which I’d never heard before.