Casey Gerald: There Will Be No Miracles Here. 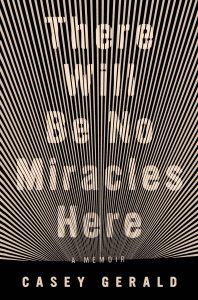 On the surface, Casey Gerald, was living the dream.

Growing up in Oak Cliff, Texas, he broke from the binds of an addicted, imprisoned dad and mentally-ill mom to become a star athlete, scholar, then a student at Yale, where he majored in political science and played varsity football.

Heading next to Harvard Business School, while pursuing his MBA, he co-founded a foundation, MBAs Across America, that landed him on MSNBC, at TED and SXSW, on the cover of Fast Company, and in The New York Times, Financial Times, and The Guardian, among others.

But, when you scratch the surface, things weren’t as they seemed. As he shared in this week’s conversation, everyone wants to make you into a nugget, a simplified soundbite. Gerald was anything but. Struggling with everything from his sexuality and faith, to his fierce desire to carve his own unique path, to live his own life, Casey, decided to walk away from it all, begin to write, and follow a path of self-discovery and revelation. His journey is laid bare in a stirring new memoir, There Will Be No Miracles Here.