He Walked Away From Wall Street, But Nobody Expected This. Including Him… 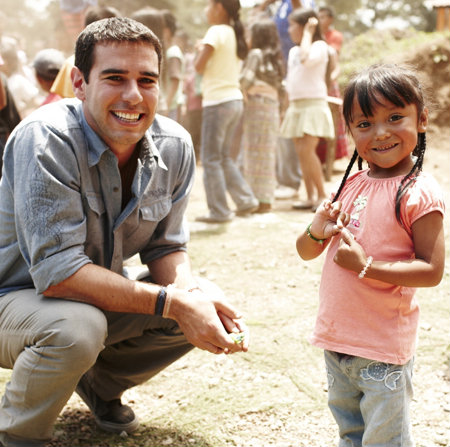 Adam Braun was on the fast track to huge money, then everything changed.

A rising star at one of the world’s leading consulting firms, Braun had everything planned out. He’d work for a few years in consulting, become a hedge-fund guy, make a ton of money, then retire and devote his life to service.

But, sometimes plans were made to be broken. Taking a short sabbatical, he started a side-project called Pencils of Promise, building a school for kids in a developing part of the world dedicated to his grandmother. It was supposed to be one and done, something he’d return to later in life. But Adam’s philanthropic inner voice would stop calling him.

He went back to work, but continued to run PoP on the side, until it began taking more and more of his time. Before too long, his employers called him out. He was spending too much time on his non-profit side project and had to make a choice. You can guess which one he made. 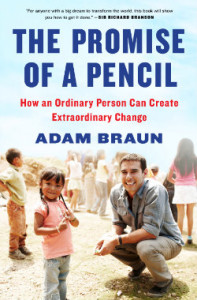 He walked away from his payday and walked into a life of pure service. But, his dad taught him something he’d never forget. “Brauns are different.” Adam didn’t play by other peoples’ rules. And he didn’t play small. So he didn’t just launch a quest to build schools around the globe, he fundamentally transformed the way the “not for profit” model works, creating a new hybrid, the “for purpose” model.

Pencils of Promise has now built over 200 schools and made a difference in countless lives. He’s written about his remarkable journey in his new book The Promise of a Pencil. It’s a powerful story of awakening and action, showing how one person can make a huge difference in a short period of time. Strongly recommended.

Watch this week’s episode to find out how Adam turned $25, a relentless will and a box of pencils into a global movement that is changing the lives of thousands of kids and families.

You can also listen to the audio on  iTunes or Soundcloud, and be sure to subscribe by email (below) so you never miss an episode.